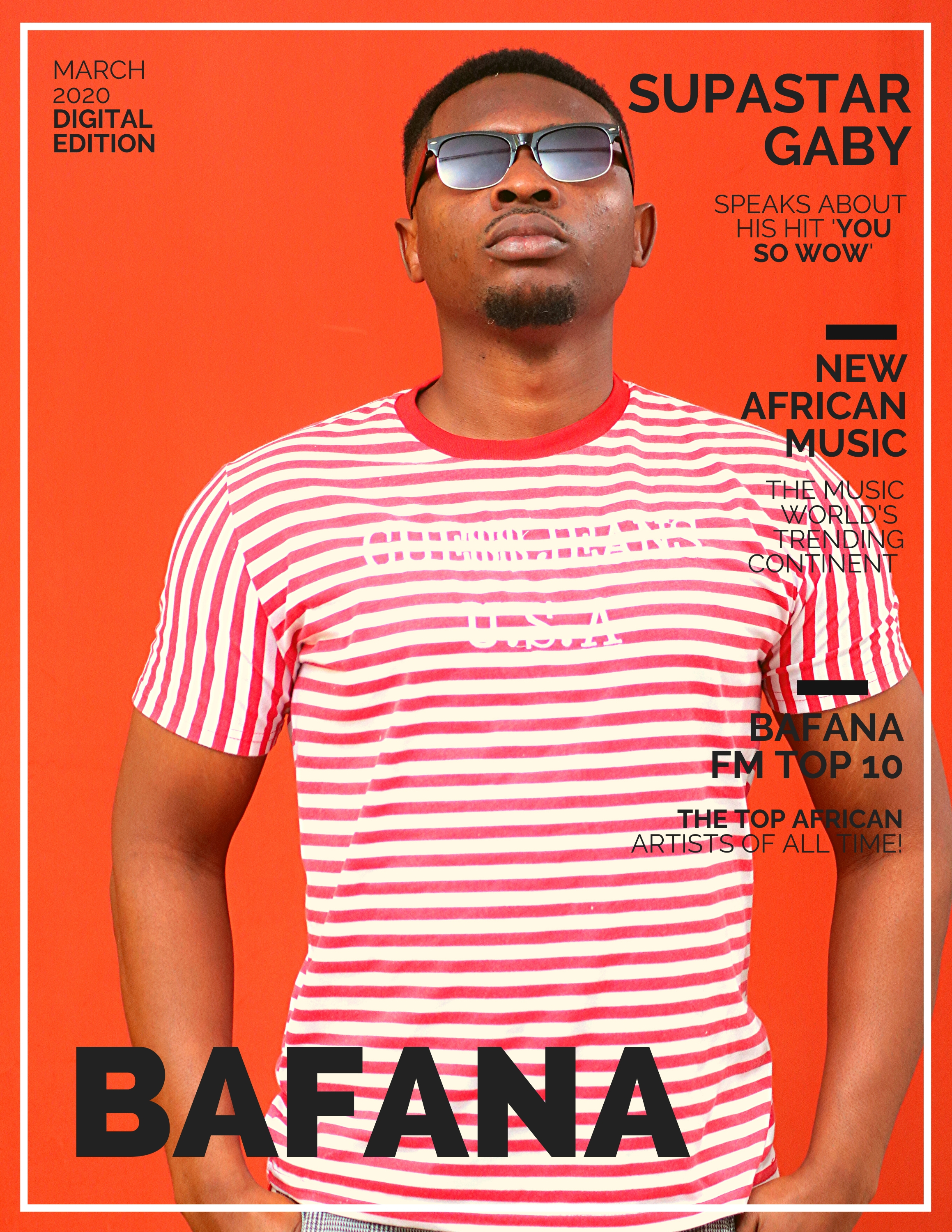 One of Africa’s most popular performers ‘Supastar Gaby’ has been selected to be the Cover Star of the exciting new magazine ‘Bafana’ for Africa.

Supastar Gaby a.k.a Gabriel Bathuure is a Ghanaian born musician, singer and rapper who was born on 7th March 1990 in Accra, the Capital city of Ghana.

Supastar Gaby started rapping at the age of 15 and with encouragement from his big brother went into the studio to record his first demo. He says “ I started music after my big brother Fabian who was already into music encouraged me and took me into the studio”.

Throughout High school Supastar Gaby was regarded as one of the finest rappers in his school and after starting college in Accra he released his debut single ‘Dance for me’, which received strong airplay from local FM Radio stations, TV stations and  international media.

The brand new single from Supastar Gaby is entitled ‘You So Wow’ and is a fun, entertaining and exciting track that everyone can turn up to, dance to, relax to and enjoy the great vibe.

The brand new single ‘You So Wow’ from Supastar Gaby was produced by Trojan and is out now with global distribution from Ingrooves/Universal Music.