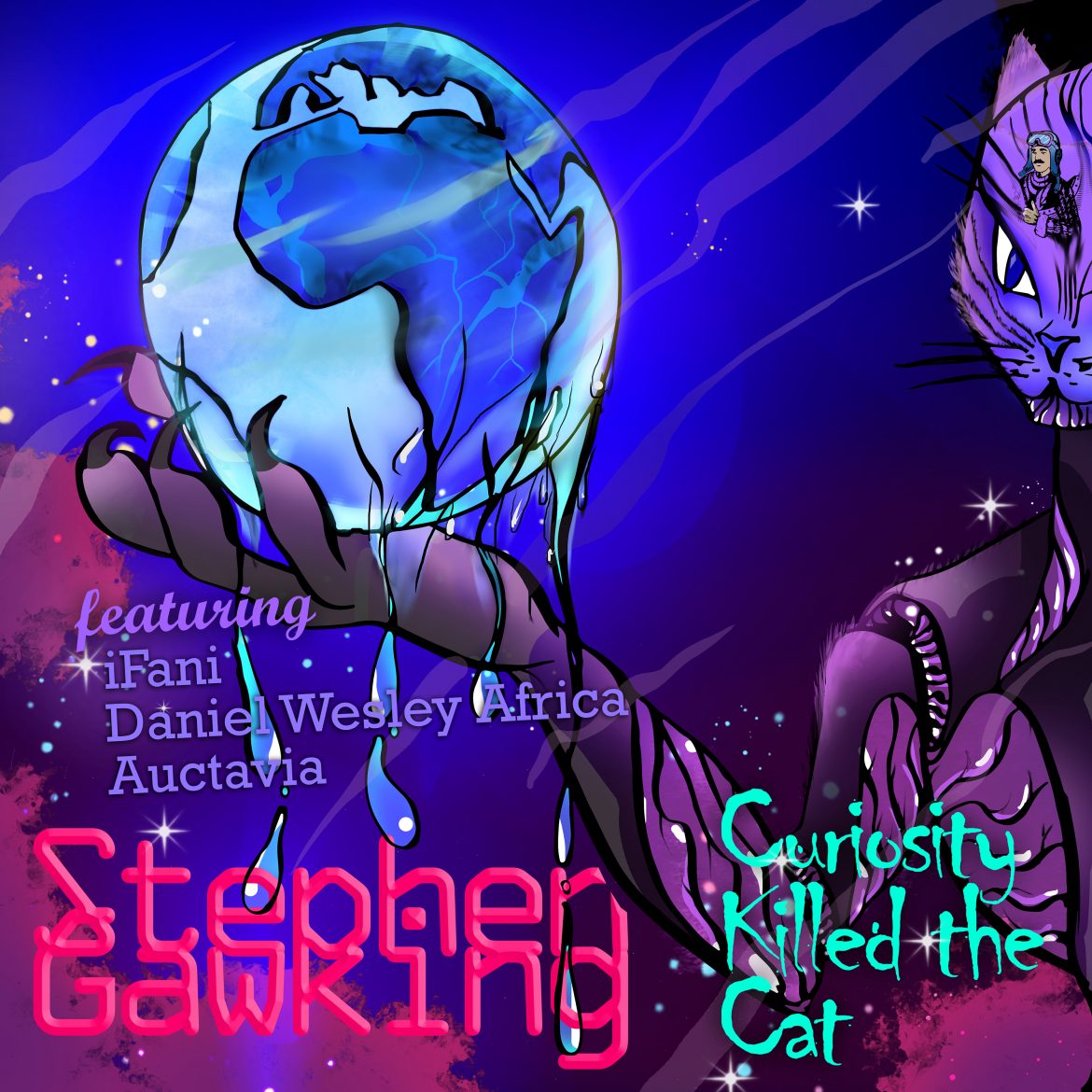 Hip Hop, Pop project Stephen Gawking is the brainchild of  Ijay Swanepoel, a symbol of hope and inspiration to those who are: disabled, different, oppressed, bullied, and everyone in-between. Despite being diagnosed with SMA (Spinal Muscular Atrophy), Ijay discovered at the age of 25 that he’s, in fact, a talented lyricist, which dramatically fuelled his musical ambition.

Curiosity Killed The Cat is the third single from Stephen Gawking and was preceded by the first 2 singles ‘Nerd’s Creed’ and I’mperfection(s). With the 3rd single, Curiosity Killed the Cat, iFani, Daniel Wesley Africa and Auctavia feature, which, despite its seemingly carefree tone, in fact carries with it a dire warning, gently urging Earth’s peoples to change their destructive ways before it’s too late.

A family friend asked Ijay to help write a rhyme/poem for her son’s school project, with the options being: “When the cat’s away the mice will play”, “Curiosity killed the cat”, and a few others. The latter, of which, immediately gave Ijay that “light bulb moment” with him going on to affiliate it with climate change. Curiosity Killed the Cat is thereby a metaphor of human curiosity with the cat representing Earth, and how our curiosity, in terms of technology, industrialism, and so on, is ultimately destroying the planet,” adds Ijay.

Here we have a lyrical artist and visionary teaming up with a music producer Bobby Johnson who knows little else other than how to make noise sound good. Ijay brings to the table a fresh perspective and burning passion and he isn’t taking his dreams lightly; the mastermind and Executive Producer behind the direction we take, and the wisdom behind the punches we evade.

Ijay can see his brand in his future and he’s not holding back. We need more creatives like him in this game.