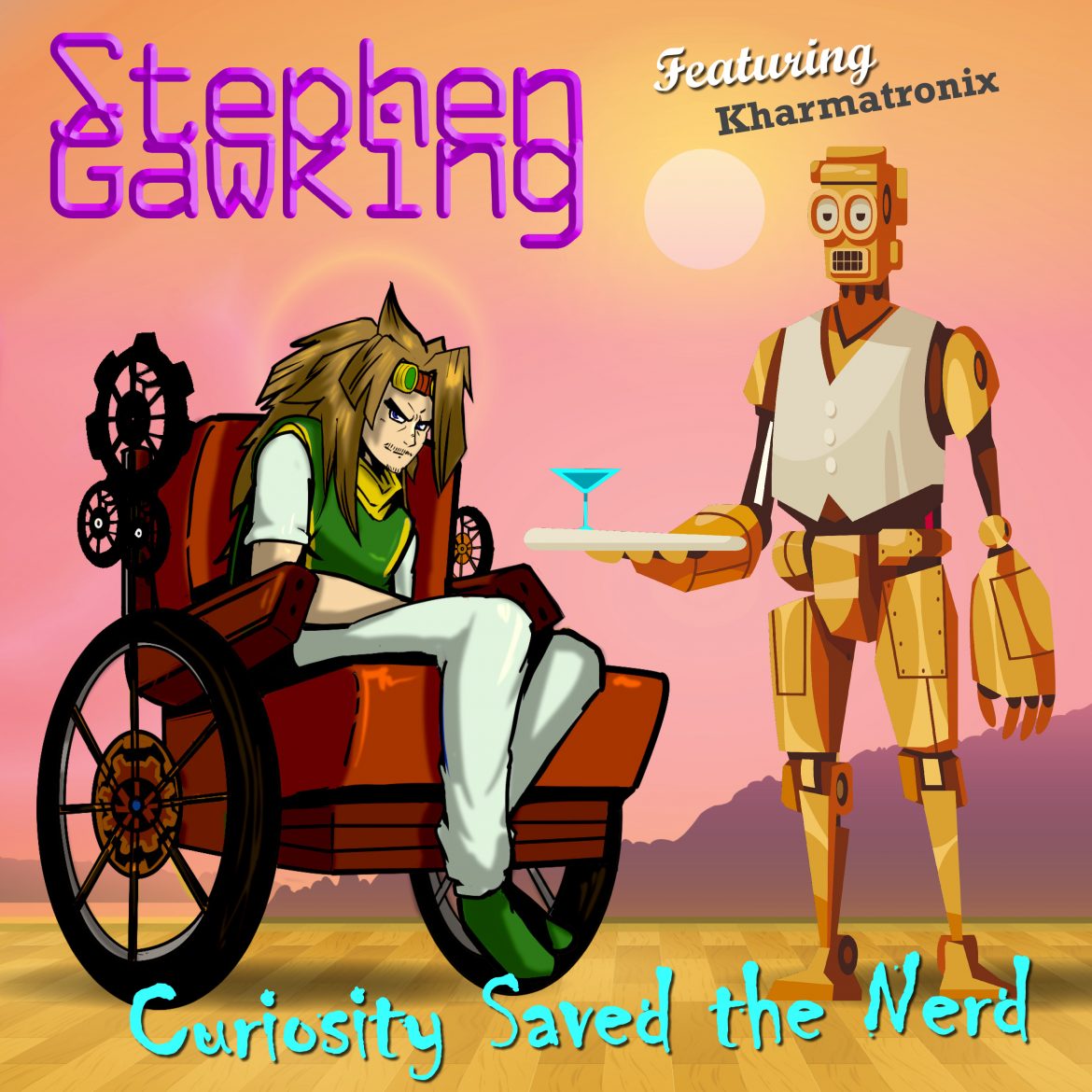 Hip Hop, Pop project Stephen Gawking is the brainchild of Ijay Swanepoel, a symbol of hope and inspiration to those who are: disabled, different, oppressed, bullied, and everyone in-between. Despite being diagnosed with SMA (Spinal Muscular Atrophy), Ijay discovered at the age of 25 that he’s, in fact, a talented lyricist, which dramatically fuelled his musical ambition.

CURIOSITY SAVED THE NERD is the follow up to the previous single ‘Curiosity Killed The Cat’ which was playlisted on numerous local radio stations and got top marks from international DJ syndications.

CURIOSITY SAVED THE NERD (remix/mashup). Ijay: “By taking two of our previous songs with different meanings or messages, and combining them, we created a track that’s totally different in terms of vibe and meaning; kinda like combining two chemical elements to create a new one. Its title conveys the very personal motif, in that deciding to pursue this music project essentially saved me mentally and emotionally, being an outlet for my innate creativity and imbuing my existence with a meaningful sense of purpose, especially given the fact that I’ve been living with SMA (Spinal Muscular Atrophy) for most of my life. In terms of the featured artist, Kharmatronix executed the vision beautifully; working with him was an absolute joy, and we will most definitely colab together again in the future.”

CHECK OUT THE THEME SONG THEY CREATED FOR ELON MUSK