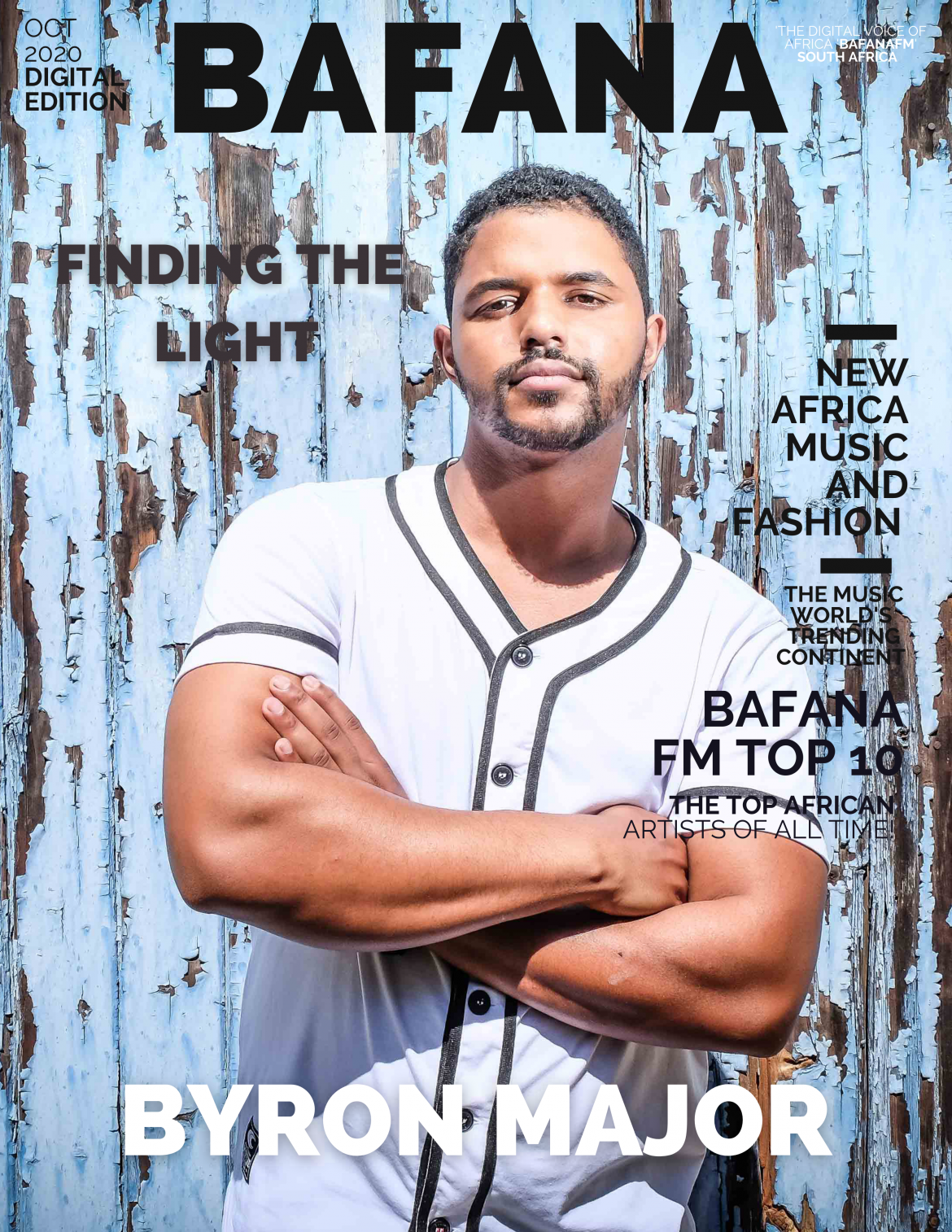 Byron Major is Back. You can hear the incredibly touching piano ballad ‘Finding The Light’ from ‘Byron Major’ on Bafana FM everyday at 6 p.m South African time and on the Africa Daily List.

Putting Singer-Songwriter-Producer Byron Major’s music into a box is not going to work. Byron says that “genres in music is like racism in society – not applicable”.

While his style is certainly influenced by his early classical music training, Byron’s music takes on elements from Motown to Alternative R&B, Soul and traditional South African rhythm. You can also definitely hear the influences of Stevie Wonder, Prince and John Lennon in his soulful R&B vocals and piano arrangements and performance.

The brand new single from ‘Byron Major’ is the title track to his latest E.P ‘Finding The Light’.  ‘Finding The Light’ is a touching and shiver inducing accomplished piano ballad of ‘Stevie Wonder’ and ‘John Legend’ proportions.  ‘Byron Major’ sings his very heart out and delivers a performance capable of bringing a listener to tears, on this heart wrenching, emotional, God filled, warm and classic piano ballad.

South Africa’s ‘Byron Major’ is ‘Finding the Light’ with International success as he releases a tearjerking, heart wrenching classic piano ballad of ‘Stevie Wonder’ and ‘John Legend’ Proportions. Stripping down his soul and removing all instruments, except the beautiful jazzy ‘Wonder’ piano, Byron Major delivers a Grammy Award winning vocal performance that proves that singing for Nelson Mandela and having Top 20 UK HITS is not enough – 10/10 – Bafana Magazine South Africa

Byron Major has proven his Prowse as a singer-songwriter-performer-producer. He made it to the Top 24 of South African Idols at the age of 17 and was invited to perform his original song ‘South Africa’ at Nelson Mandela’s Boston birthday celebration attended by the Governor of Massachusetts in the USA in 2013. He sang his original songs alongside Grammy Award-Winning singer Paula Cole while studying at Berklee College of Music (Boston, USA) and his 2016 single ‘May Flower’ caught the attention of 21 radio stations across the UK.

Rockstar went on to be playlisted in countries around the globe, including: Australia, Netherlands, Germany, Sweden, England & USA, and to complete the year Byron Major’s Summer Day charted at number 16. At the end of 2019, Matchbox Recordings UK invited Byron to feature Color My World on their compilation album and the track was playlisted on London FM. 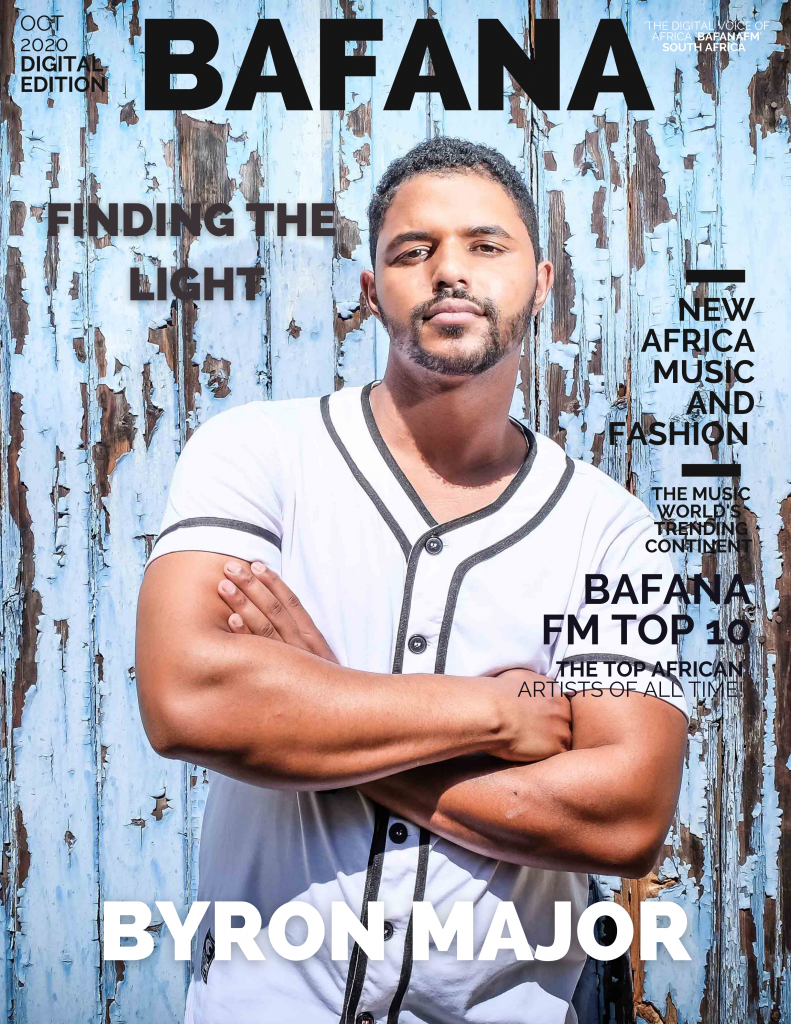 The year 2020 has indeed been an unprecedented year given the global health pandemic that had us in lockdown across the world, and has presented a wide range of personal challenges for us but it has also connected us on the level of our humanity.

Byron Major’s EP entitled “Finding the Light” therefore aims to bring hope and encouragement in the face of adversity. This EP touches on topics such as being lost within the circus of life’s rat race to his favourite topics of relationships and unrequited love.

In his forthcoming single entitled Finding the Light, the same title as the EP, the lyrics tell the experience of many a man and woman, and Byron’s emotions permeates his piano and vocal performance and penetrates the soul. The release date for the EP, Finding the Light by Byron Major, is available on all streaming platforms on the 27th October.

Stay Tuned to Bafana to get the FULL BYRON MAJOR COVER STORY. 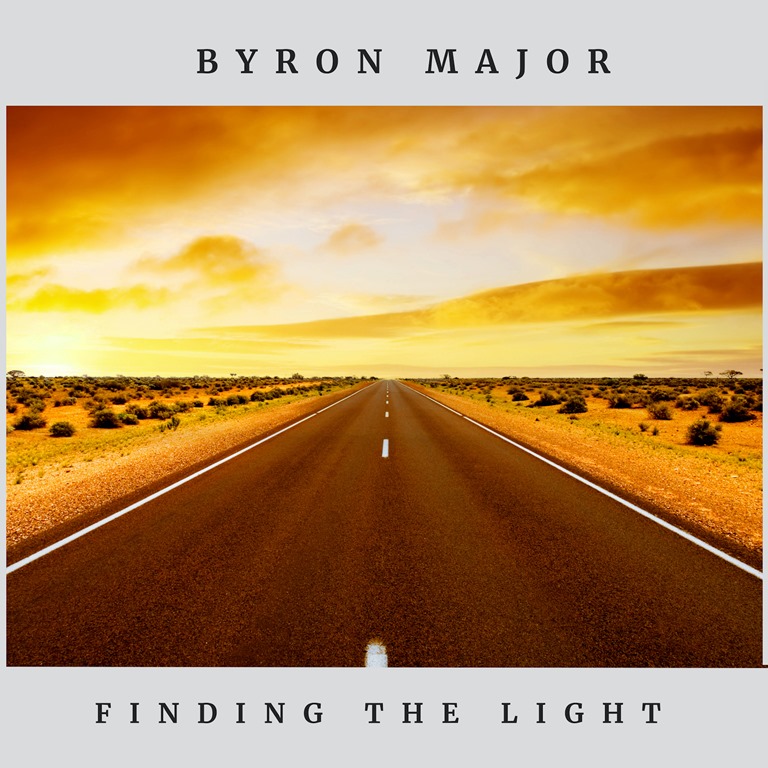