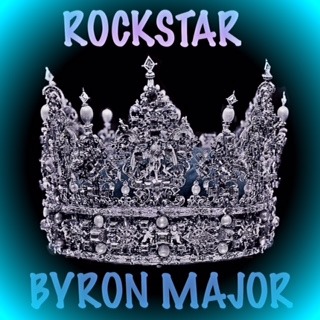 Byron Major has achieved quite a lot for a 24 year old – he’s performed his original song ‘South Africa’ at Nelson Mandela’s Boston birthday celebration in 2013, shared a stage with Pavarotti for his farewell tour in South Africa as part of the Drakensberg Boys Choir, made it to the Top 24 of South African Idols at the age of 17, and sang alongside Grammy Award-winning songwriter Paula Cole at a songwriting showcase while attending the prestigious, Berklee College of Music in America. His 2016 single ‘May Flower’ caught the attention of 21 radio stations across the UK and was produced by multi-platinum selling producer Andy Whitmore (Lemar, Atomic Kitten & Eternal) in the Londoner’s Greystoke Studios. Byron Major’s original track “Delicious” charted for 10-weeks on college radio in South Africa.

Now in 2017, Matchbox Music PR is proud to present Pop-artist, Byron Major’s latest single, “Midnight Daydream”. This song peaked at number 26 on the UK Music Week official club charts for Commercial Pop. World-renowned DJ/Producer Mikey Gallagher has remixed the track with an inspired disco beat, Beatlesque piano arrangement and soulful R&B vocals, which are sure to get the club pumping and dance floor jiving.

The follow up single ‘Color my World’ by Byron Major rose up the official U.K Music Week Pop/Club charts and peaked at No 15.

Putting Singer-Songwriter Byron Major’s music into a box is not going to work. While his style is certainly influenced by his early classical music training, Byron takes on elements from Motown to 21st century electronica and even traditional fused South African sounds. His musical influences derive from artists such as Michael Jackson, Stevie Wonder and Prince but his philosophy of musical variety is one that rejects categorizations. “My dream is for all of music to live under one umbrella, in one home. To me, genres in music is like racism in society – not applicable”, he explains. He likes to describe his own sound as ‘Soultronic’.

Byron Major describes his music as Soultronic, which is a synergy between classical music and the digital space the industry is following. When Byron starting composing and producing Rockstar he asked himself: “If Mozart was alive today and had access to today’s music software technology, what would his musical pieces sound-like?”

Therefore, in Byron Major’s newest single “Rockstar” he uses current technology such as auto-tune, reverb and delay to create a classical chanting and atmospheric feel to a uniquely stylized vocal delivery. His choral training in 19th classical music, and his interest of bringing this compositional music aesthetic into current 21st century electronica recording, influenced this production approach to this single.