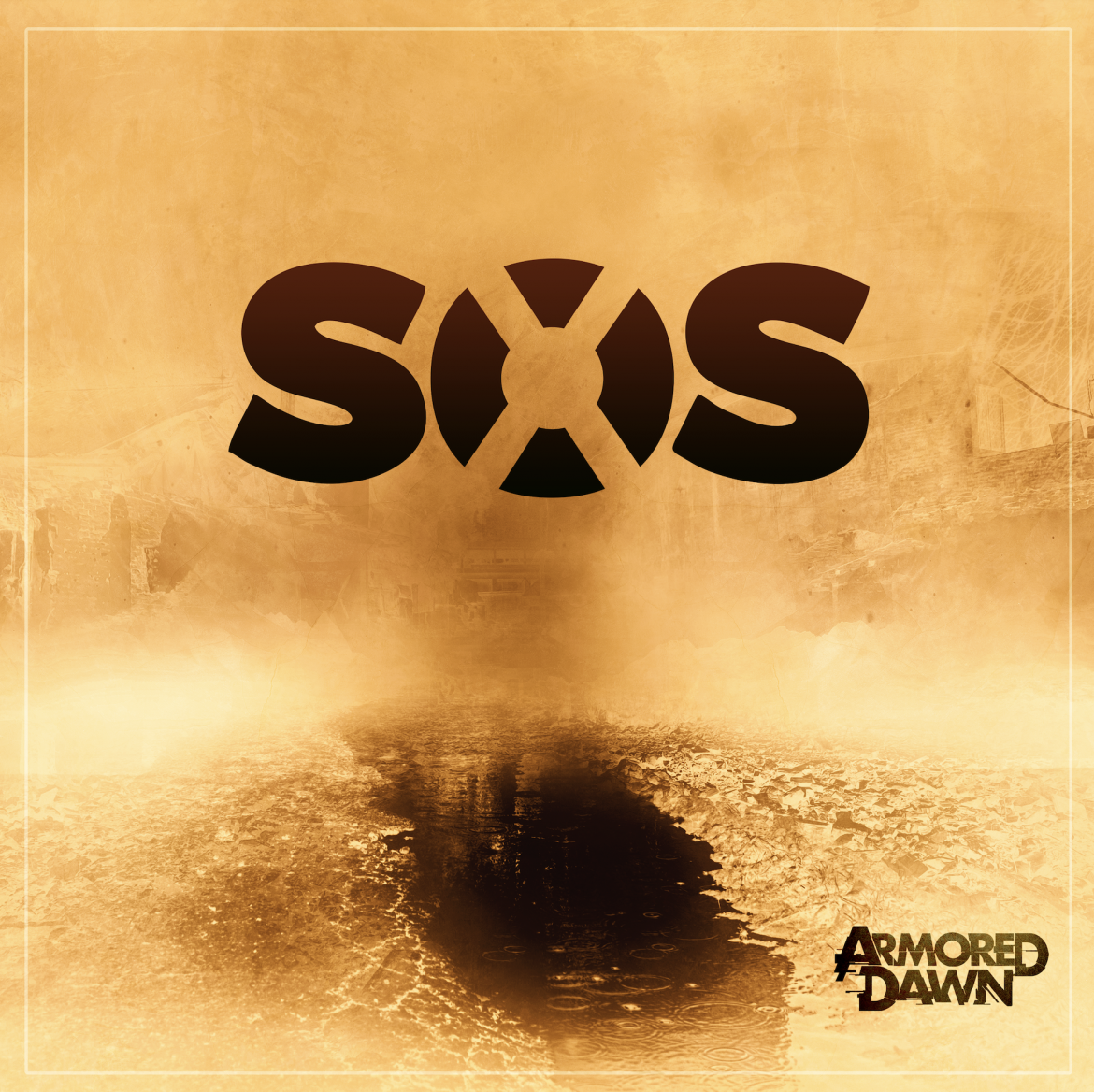 The head of music for Bafana FM Africa said he loved the new single ‘S.O.S’ from ‘Armored Dawn’ with it’s sonic, driving and powerful wall of sound production, cinematic ambience and catchy powerful vocals that rock at the same time as delivering a strong, memorable and catchy vocal and lyric. This track sounds like it should be the soundtrack to a movie and comes highly recommended to alternative and classic rock fans globally. It’s now on the daily playlist and will be played approx twice every hour for the next month or more, this rocks. Find out more about the band below.

The Brazilian band Armored Dawn resumes activities with the newest single “S.O.S.”. Written by Carolina Angeli and the group’s former drummer, Rodrigo Oliveira, the song portrays the feelings of a person with depression, who wants to be alone and reclusive with their pains and thoughts, believing that no one will ever understand their feelings or what is happening to her.

Mixed by Chris Lord Alge (Muse, Green Day, Nickelback) and mastered by Ted Jensen (Bring Me The Horizon, Evanescence, Metallica), the single shows a great evolution in the band’s sound. The composition, while bringing the characteristic identity that marked the sound of Armored Dawn, expands horizons and will surprise those who still don’t know the band’s work.

The music video for “S.O.S.” has a super production, as is the tradition of Armored Dawn, directed by Kahue Rozzi, from SimonSays Filmes. The video shows the meeting of different facets and personalities and the inner child of this lonely and depressive character, who is both the heroine and the villain of her own story.

Create a concept, find the right partners, work to make it all cohesive and invest in the potential to pursue your goals. From this perspective, Armored Dawn appeared in 2014 and became relevant in the Brazilian metal scene. After all, there were tours and shows alongside great bands such as Saxon, Megadeth, Scorpions, Whitesnake, Europe, Hammerfall, Rhapsody, Fates Warning, Sabaton, Tarja, plus the participation in the Motörboat, the cruise of the legendary Motörhead.

The first two albums Power of Warrior (2016) and Barbarians in Black (2018) were produced by big names like Tommy Hansen (Helloween, Jorn), Bruno Agra (We Are Harlot) and Kato Khandwala (The Pretty Reckless, Papa Roach). The third album, Viking Zombie, was produced, mixed and mastered by Rodrigo Oliveira and Heros Trench, a veteran producer, with more than 200 bands under his belt and a Latin Grammy.

Presenting a sophisticated and versatile metal, the group collects great works in music videos, such as “Sail Away”, which had a huge cinematographic production, as well as “Beware of the Dragon”, shown in all movie theaters in Brazil during the trailers for the film Aquaman, in 2018. In turn, “Ragnarok” and “Animal Uncaged” (recorded at the Rockfest festival, at Allianz Parque, São Paulo, when they played for about 37,000 people) have millions of views on YouTube.

More recently they released the single “Stronger Together”, very well accepted by the public, and prepared the fourth studio album, Brand New Way, recorded at Dharma Studios, mixed by Chris Lord Alge (Muse, Green Day, Nickelback) and mastered by Ted Jensen (Bring Me The Horizon, Evanescence, Metallica). This album will be released later this year.