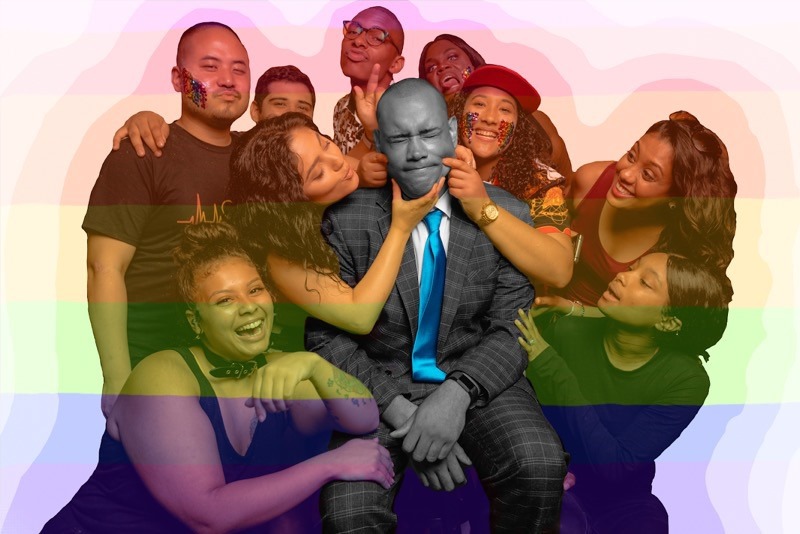 Richard Pigkaso, also known as @RichieLuvsYoyos on IG opens up the conversation on progression and acceptance of love for the LGBT community.

Growing up in the south Bronx during the 90s was sort of taboo for gay people to feel socially accepted without there being a stigma attached.

As a matter of fact, “gay” would often use the word gay as a negative description of something off putting or unwanted.

This music video is to influence all current and future generations to unite in one revolutionary act of love.

It’s called “A Different Hand” in which Richard emulates an overbearing, homophobic, alpha male. However, as the video progresses, we find the protagonist comes to the realization that ultimately love will always conquer hate.

This video features an amazing cast of characters, mostly from the LGBT community. A crowd favourite is a lesbian couple that goes by the name Herstory. They play a big role in His real life as well as expanded Richard’s horizons on being LGBT in this country. Richard also learned about musicality and artistry from his colleagues in the lgbtq community. Ultimately, though he isn’t a member of LGBT himself, he owes finding himself all to them.

“Loving someone is a natural act, a human right, and not a heterosexual privilege. Though I am not a member, I will always support anyone’s fight for love.”

The official video drops May 21st on the official Richard Pigkaso YouTube channel.

You can see a live performance of ‘A Different Hand’ from Richard Pigkaso here: